Energise Africa uses cookies which are essential for the site to work. Any data collected is anonymised. By continuing to use this site, you agree to our use of cookies.
Cookie Settings

Capital is at risk and returns are not guaranteed. These are fixed-term bonds and are not readily realisable. Investments are not covered by the Financial Services Compensation Scheme (FSCS). Learn more.

The price of solar panels has fallen 99%... But will the trend continue?

The price of solar panels has fallen 99%... But will the trend continue? 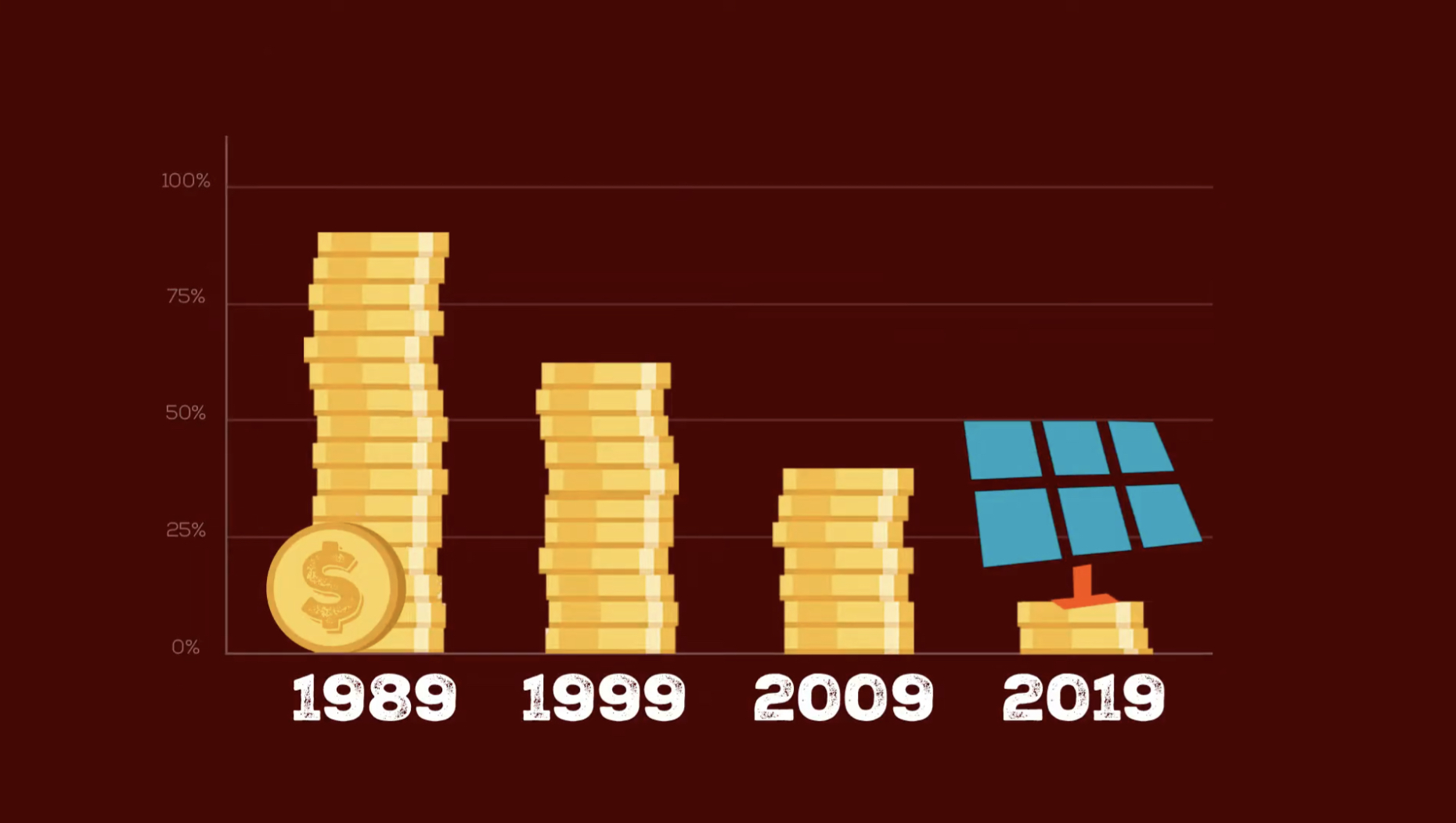 The costs of solar panels have decreased by 99% since 1980, and prices are still going down. This is leading to an energy transformation across the globe, with companies, cities, and countries alike switching from coal and natural gas to sustainable solar alternatives.

Meanwhile, in rural Africa, people are making an even more impactful switch from toxic kerosene to home solar power units that cost less to operate and produce no harmful fumes they and their children have to breathe.

So what has made this transformation possible? Twenty years ago it was unthinkable to most that solar energy would even be a logistical possibility in rural Africa. So what’s driving this “solar revolution”?

A family in the U.S. who wanted to power their entire home with solar 10 years ago would have had to spend a whopping $51,000 for a standard 6 kW system. Today, that same system would cost that family just $17,880 (and even less after tax credits).

And that trend is not stopping anytime soon. Experts predict those costs will further reduce by 40% over the next 5 years. What’s driving this reduction in costs?

There are three main factors at play:

The benefits of vast research into solar cell technology by public and private research departments alike have been the most important factor driving the costs of solar energy down.

According to MIT, from 1980 to 2001, advances in research led to an increase in the efficiency of solar power units, enabling them to produce more power with smaller units that are less expensive to operate.

Research also led to improved manufacturing techniques for working with the raw materials that are used to produce solar units. Factories could then produce more units in less time, and with less difficulty.

The spectacular amount of research that was done by governments and private companies over this period led to the most crucial advances in solar technology that allowed for an ultimate cost reduction of 99% from 1980 to 2012. Talk about hard work paying off.

As the global demand for solar energy grows, the laws of economics get to do their thing. The larger the market gets, the more money there is to entice would-be solar producers to get in on the action.

Swanson’s Law states that the price of solar modules decreases 20% for every doubling of the global solar energy capacity. Obviously the global capacity can only double so many times, but for now, it’s still making a positive impact on the accessibility of solar energy access.

This one is closely tied with R&D because as more research is done into existing processes, the easier it gets for factories to work with and extract raw materials. For example, the use of diamond wire saws has reduced material waste in the silicon wafer manufacturing process, thus bringing costs down.

The price of non-silicon materials has also decreased over time. As factories increase their efficiency through automation and other means, cost-saving effects such as reduced power consumption result in even greater cost reductions in solar technology.

Elon Musk recently called humanity’s continued reliance on fossil fuels “the dumbest experiment in human history.”
His point: nothing good can come from our continued addiction to fossil fuels, and we should embrace alternative energy sources, such as solar.

People across the world are waking up to the need to find new ways to fight climate change. Solar energy is a no-brainer when it comes to shifting our world to sustainable ways of powering our high-tech lifestyles.

Solar energy in Africa is even more of a no-brainer. The solar revolution in rural Africa allows people to gain access to electricity, pay less money each month for it than they would currently, and stop producing CO2 emissions from toxic kerosene power sources.

It’s a true win-win all across the board.